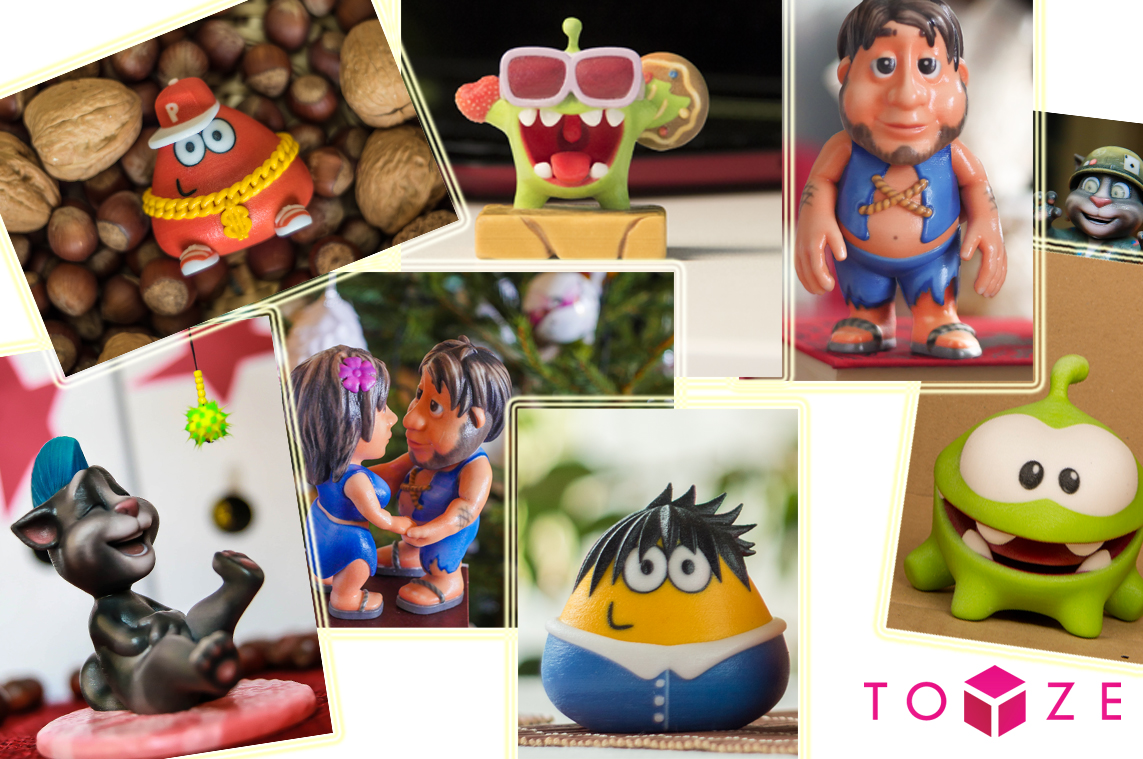 A 3D consumer marketplace for customizable branded content is gaining traction. The company harnessing that innovation in the mobile entertainment space is Toyze (pronounced toy-zee), which today announced that it has hit the 1 million mark for 3D models created. With over 350 thousand downloads, Toyze’s free app is available worldwide at the App Store and on Google Play

“I am happy to report that Toyze continues to gain momentum and traction. We are the first, the biggest and the only online marketplace for customizable 3D toys from a growing portfolio of top entertainment brands,” said Toyze Co-founder and Investor Ilja Laurs. “Think of Toyze as a 3D Instagram, we offer similar customization except that instead of editing a personal photo with effects and filters, we give users the chance to customize a beloved branded game character and bring it to life in 3D.”

The promise of 3D-printed customizable and branded game characters is democratized in Toyze’s turnkey solution. Toyze offers game developers – including massive global brands like Outfit7’s Talking Tom and Friends franchise, ZeptoLab’s Cut the Rope, Pou and Game Insights’ three top mobile games – the opportunity to extend their branded characters to 3D custom merchandising, build communities around those brands, share them through social networks, and profit from an additional revenue stream. All this comes together in Toyze’s online marketplace.

“We have been with Toyze since its launch and are very excited about this great milestone,” said Misha Lyalin, CEO of Zeptolab. ”We look forward to our continued partnership with the Toyze team.”

“Toyze takes your favorite game characters out of the game and brings them to life in 3D. Now even a 3 year old can design his/her own 3D toy. It’s that engaging and that easy.” Laurs continued, “Our plan is to eventually feature all the major video and computer game characters – and then go beyond that to comics and movie characters.”